Earlier on the West Wing...

This is the fifty-first post on this blog, since I began writing in March 2016. It's a small book already!

I'm hobbling from St. Peter's, Weston Favell to the Cathedral in Peterborough by a long series of roughly circular walks, visiting every church in the diocese on the way. So far I've passed through about 160 parishes, which means that sadly I'm almost halfway and a thousand kilometres through my travels. If you have been, thank you very much for following me thus far. But, good news, there's still much excitement to come before the final party - I shouldn't think we'll be done until the summer of 2019. Will my boots last that long? 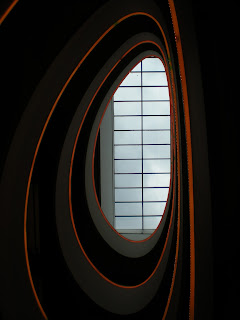 The holy purpose behind the project is to suggest that as Anglican Christians we're better together (actually even the word 'Anglican' could go into brackets in that sentence.) Despite our different traditions and nuances of belief, IMO there's not enough money or numerical support for us to indulge our theological purity. I think we need each other, in a rainbow coalition of gender, race, and ability, lay and clerical, evangelical, catholic and everything in between, even if it means learning to disagree vigorously but in love. Steve Biko once wrote a book with the double-meaning title 'I write what I like'. I'm sure some of my preferences and prejudices are only too clear. I hope readers will stay with me. Perhaps we all need sometimes to consciously 'read what we don't like', me included.

Enough of the preaching. Only a proportion of the blog is devoted to matters of faith. I'm also trying to record an impression of Northamptonshire as it appeared to one person at a certain point in time, to be added to the tapestry of historical record. It's tempting to think the world is becoming weighed down by too much trivial personal opinion, but it's for others to decide whether the information and comment found here is worth preservation. In the first place I'm simply trying to understand what I see and hear. Inevitably there's personal reminiscence too: fragments of a stuttering autobiography could be disinterred.

A big continuing thank you to Sue and Matt for their support and lively debate about so many fascinating things. Sine quibus non.